We Cannot Allow Nationalism To Keep Spreading Across Europe 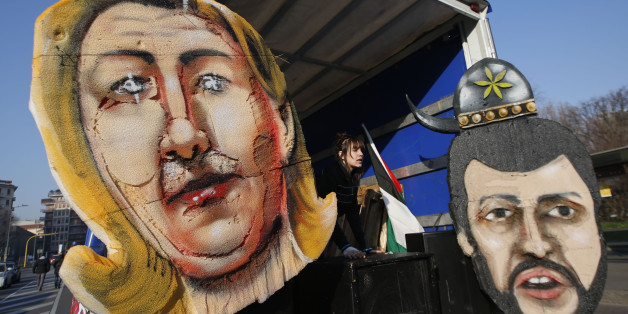 On Sunday, May 29, German Chancellor Angela Merkel and French President François Hollande attended an event commemorating the Battle of Verdun’s 100-year anniversary. It was an opportunity to acknowledge the immense loss of life incurred during World War I (1914-1918).

The shot that unleashed the Great War came from the gun of Gavrilo Princip, a Serbian nationalist who murdered the heir to the Austro-Hungarian Empire, Franz Ferdinand of Habsburg, and his wife, Sophie Chotek, on June 28, 1914.

On a recent official visit by a European Parliament delegation to Sarajevo, the capital of Bosnia and Herzegovina — which is now in the process of submitting its official application for EU membership — I had the chance to visit the exact place, on the banks of the Miljacka River, where the tragedy began.

Bosnia and Herzegovina — a country that integrates two territories, the Federation of Bosnia and the Republika Srpska — is an enclave in a mass of green mountains and valleys in the heart of the Balkans. It is also a hotbed of ethnic and religious diversity and a microcosm of European complexity. In every country in this region, there is a plurality of identities, leading to tension. Minorities in need of protection — against majorities with blood on their hands — are present in every European country.

The path that leads from Sarajevo (where the 100-year anniversary of the Archduke’s assassination was commemorated in 2014) to Verdun, where the nightmarish slaughter (300,000 soldiers, French and Germans, were killed in their trenches, and over half a million were injured) was just commemorated, is a symbol for European fratricide in our collective memory.

Verdun is also a symbol for how extreme nationalism — aggressive or defensive, expansionist or irredentist — can and does lead humanity towards catastrophe. It is a reminder that millions of human beings die in vain, and are driven to their graves by mad, irresponsible hierarchs. Kings, emperors, aristocratic field marshals and generals have often been caught in spirals of delirious ambitions and miscalculations, as a result gambling the lives of millions of innocent people away.

In that way, millions of innocent people — millions of poor people, peasants and workers — were victims of the blind nationalism and militarism of their leaders for four years. And the Austro-German armistice in November 1918, followed by the Treaty of Versailles in 1919, together led to a second and worse version of the worst nightmare a mere 20 years later: World War II — which killed 60 million people.

Nationalism is now reemerging throughout Europe. Across the European Union, there has been a significant growth in the electoral influence of nationalist rhetoric.

I always emphasize the decisive implications of the death of the World War II generation on Europe’s future. It brings to mind the passing of the generation that lived through the Spanish Civil War.

It is therefore imperative that a new generation of Europeans — Erasmus students, researchers, volunteers, activists, and the entrepreneurs behind companies that no longer recognize borders or national barriers — construct their own narrative. But it must be a European, pro-European narrative.

A repeat of the 20th century disaster has not been ruled out forever. “Never again, Never again” can’t become a vacuous mantra. To prevent a similar tragedy, we need new Europeans who are committed to Europe in every election and every ballot box: On June 23rd, in the United Kingdom, for the vote on the Brexit referendum; and on June 26th, for the vote on the general election that will determine the next government of Spain.