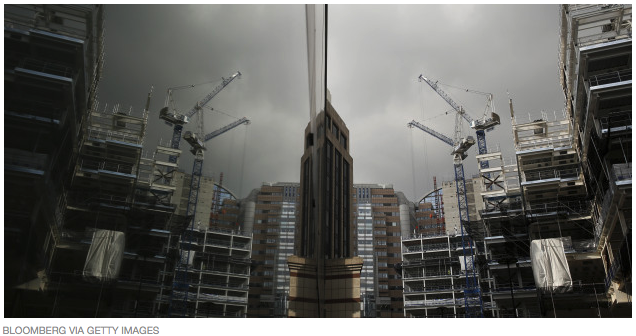 For a long time now, the EU has been decaying. The European Commission has been routinely called "inefficient" and "impotent." Its role has been described as being subordinate to that of the Council of the European Union, which is itself increasingly dominated by national self-interests and regression.

This drift has led to miserable results in the management of the euro crisis and the banking repercussions that came with it. It has led to the early abandonment of the proclaimed "financial governance" agenda. As a result, national budgets have been constricted, but a "fiscal union" that would have jointly fought tax havens, evasion, fraud, fiscal dumping, and the harmonization of tax laws on corporations and capital income could not be established.

Even more deplorable is the political impact of this interminable crisis, which amid the security hysteria has been multiplied with the suspension of the Schengen Area, and with the final renunciation of an "ever-closer Union" among the people of the EU, an objective once consecrated in the Lisbon Treaty.

The European negotiators have chosen to become reckless in order to prevent the "prodigal son" from the leaving the house and slamming the door behind him.

The so-called "deal" between the UK and the rest of the EU exemplifies this state of chaos. It's a bad agreement aimed at easing Great Britain's EU exit (Brexit), and, particularly, at furthering the conservative premier David Cameron's mad strategy of continuously blackmailing the whole of the EU. Cameron intends to obtain a "unique status" for the UK in exchange for not promoting a "no" result in a referendum that he has promised to convene to determine whether the British want to abandon the European project by "exiting" the EU.

After his all-or-nothing request of the EU, Cameron now boasts of his "progress" after months of lobbying. In short, he's earned "veto power" against progress in the governance of the euro-zone; an extension of the "opt-outs" on relevant policy areas related to integration; exclusion of social benefits to European immigrants in the UK (even if they are European citizens from another member state: "Screw the Spaniards!"); and limitation of the regulatory powers of the EU in the development of the Internal Market so as to eliminate "excessive European regulations and the mandatory burdens on corporations."

Often, a bad agreement is better than a disagreement. In this instance, however, we cannot be sure that this is the case. An explicit incentive for dissolution has now been drawn, with its correlative affront to abiding and willing partners who want to honor the commitments consigned in the Treaty of Lisbon.

The lousy negotiating patterns introduced on this occasion threaten to dissolve the last threads holding together European integration. In fact, this has inspired a complete breakdown.

Once we reward the member state that asserts disaffection with the alleged objective of getting the best of both worlds, nothing will prevent this "asymmetry" from infecting other member states further down the line (consider France for example, which is on the road to being subjected to Le Pen's control).

But Cameron is not the only one who is responsible for this mess: the Commission and the Council are also to blame.

And we cannot prevent other member states from imposing conditions on the movement of British citizens. They would merely be reciprocating the prejudice wielded by Britons, who rail against people that "abuse social benefits." Britons must be stopped, they could argue, since they have the bad habit of moving freely throughout the Spanish coast, buying real estate, practicing balconing, or massively ingesting alcohol.

This scenario threatens to lead to irreversible crisis. The future may be an "à la carte EU" that rewards the most reluctant or the most nationalist members.

There is no assurance that the referendum that Prime Minister Cameron has called for will end with a "yes" for the continuity of the UK as part of the European Union.

In that sense, the succession of "blackmail" and the "game of chicken" sadly transcend game theory: once again, a binary referendum existentially threatens a political project whose prominence lies in its complexity and its difficulties.

The lousy negotiating patterns introduced on this occasion threaten to dissolve the last threads holding together European integration.

The irresponsible conservative British Prime Minister is responsible for this crisis.

It is risky to ride on public opinion skewed towards Europhobia by British tabloids (led by Murdoch and his media empire) and the rampant nationalist, xenophobic and right-wing populism of Nigel Farage's UKIP.

But Cameron is not the only one who is responsible for this mess: the Commission and the Council are also to blame.

Whoever rises up to defend the raison d'être of the European project, a necessary response to shared global challenges in this century, will face terrible odds on June 23.

Once again, it is highly likely that the most vociferous will get away with it. The general confusion seems to argue for it, just as it seems to revive the threat of that regressive dystopia that has frequently prevented Europeans from talking about Europe.

This post first appeared on HuffPost Spain. It has been translated into English and edited for clarity.